Visit to the Commissioner of Buildings office

Frustrated with proceedings from the past AGM and EGM meetings with refusal of Mr Philip Yap to unclamp my car after giving him the official letter from the company stating my position that I am not a tenant but an authorised representative of Tai Aik Thong sdn bhd who is given full access and occupational rights to the property, I followed a group of owners to go to the COB office to meet with Che Adzhan b. Adnan, being a total of 7 people. 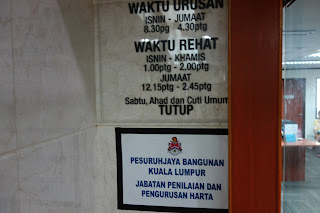 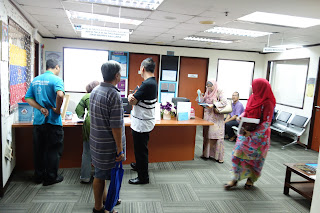 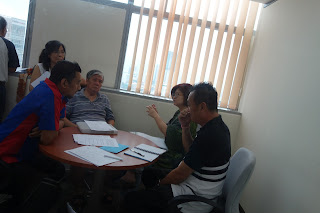 Complaints of various nature was reported such as denial of proxy rights, car park rights and even report of tampering of an official receipt of the Management Corporation including my car being unlawfully clamped. Proof of document was given to Che Adzhan b. Adnan who informed all of us that he would need 7 days to follow up.

Most urgent was my car that was still clamped needed to be used to pick up my visitor friend Mr Govind Nair from Washington DC, formerly a leading world bank economist for 25 years arriving on late night of Wednesday the very day itself! We have been busy planning an international project where discussions started in early January of the year through our online video discussions over the internet. He decided to fly over to meet with me for face to face for more detailed discussions with travel plans to Penang and Melaka. Having the car clamped would certainly be a great inconvenience.

I gave a call to the Management Council chairman Mr Packiasingh Raja Solomon at his apartment whom the TAT's official letter was addressed to which was delivered to the office the day before. On asking if he has received the letter, he replied that he had not seen it.  I asked him if I could see him to pass him a copy of the letter and he simply said, "I leave everything to the building manager to handle!" He didn't seem interested to receive the letter or read it.