Follow up with COB office and Political Party Service Center

Owners went to visit the Commissioner of Buildings(COB) office again on the 17th floor of Bangunan TH Perdana for two reasons.

No. 1 was to ensure that all documents required for eligibility to vote in the EGM or to be nominated as a council member are checked and pre approved by the officer to avoid being rejected by Mr Philip Yap who has been known to look for any faults to disallow owners to vote especially if they are not the owners whom he has obtained their signature to appoint proxies for the voting in the EGM obtained by his access to owners information to contact them. A clerk of Tai Aik Tong sdn bhd did receive a phone call from Mr Philip Yap digging about company information and my status in the company and despite a letter of authority from the company secretary stating that I am an appointed representative of the company, with parking rights due to an owner which is the company, he has unlawfully ignored it and refused to unclamp my car to this date that was clamped since 20 Feb 2017. I had made a police report on the matter but as the Strata Title Act controls the rules and regulations of the private property, the police could not help as they cannot interpret the by-laws or house rules of the Management Corporation so the matter should be decided by the COB.

No. 2 was to follow up with our complaints of self made rules of Mr Philip Yap reported to Che Adzhan b. Che Adnan when we first visited him on 22 Feb as there was no reply from him verbal or in writing after he promised us he would follow-up after a week's time. I was informed by some of the owners who went to try to meet Che Adzhan the following week that they saw him in the meeting room with Mr Philip Yap. They felt the officer was more interested to listen to Mr Philip Yap than respond to the owners so they left frustrated. In our visit on this day, we found a more experienced officer named Mohd Ferdaus bin Mat who said Che Adzhan was transferred somewhere else and I thought just as well!

He clarified a number of things to us about the right of owners such as the right to nominate any other owner from the floor to stand for election as a council member at the time of the EGM and not follow the rule made by Mr Philip Yap to submit the names to be nominated a week before the EGM. I recall in all previous AGMs and EGMs as many as the law allowed, 14 people could be nominated to be in the council during the time of the meeting. Instead, Mr Philip Yap seems to prefer only a small number of owners in the council. I think he only wants owners like Mr Packiasingh Raja Solomon, the current chairman who would leave everything in the hands of the building manager, as quoted in my previous post. There only seems to be two others in the council who are active whom we tried to meet on that Saturday of 11 March but Mr Philip Yap seems to be the head of the council to refuse to give us time to present the 7 questions that wasn't answered in the last EGM. I have presented those questions outside of the office recorded on video shared in the previous post.

On my issue of my car that is clamped, he understood what was stated in the letter from the company and learned from the other owners that the car park rule was that owners had always the right to one open car park space per apartment. However as the matter was wrongly decided by Che Adnan and written in their internal office report, he could not overturn it but guided me to my option under the law, that is to go to the arbitration tribunal office in Putra Jaya as per the video below : 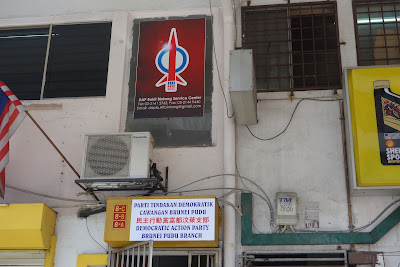 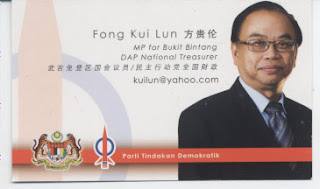 We had a very good meeting with YB Fong's assistant named Eric who understood our plight and prepared us well for the coming EGM and assured us of good support.

As citizens of a democratic country of Malaysia, we are grateful that there are many avenues for us to seek attention and help to the problem that we face in our civil society under our latest up-to-date laws such as ACT 757 below pertaining to our matter : 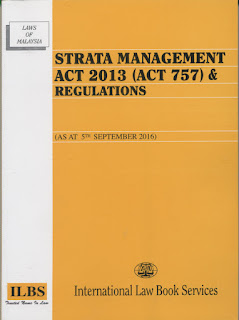 Coincidental News reported on this day : On corruption 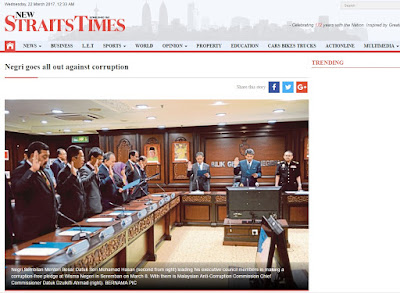 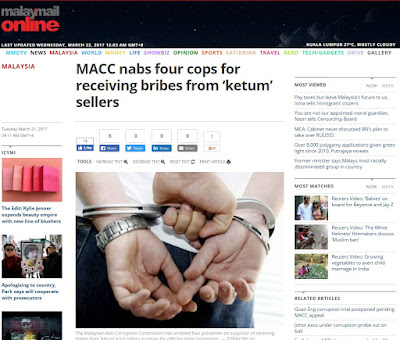