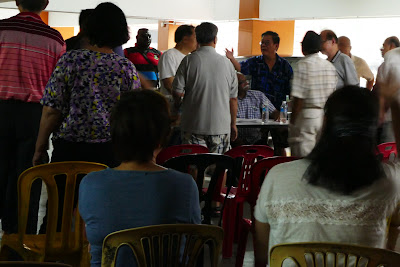 Mr Phillip Yap seen at the front of the meeting while Mr Packiahsingh Solomon remains his usual self, being quiet and not contributing much to the meeting. Dato Ng Kek Kiong was elected to be the EGM Chairman.

The video below is an indication of the noise level of the meeting in general. The majority of the owners would not vote to adopt the accounts and requested that management council allow a representative group of owners to query or investigate into the accounts for details thus postponing the general meeting for a period of 4 months. The meeting ended when this was agreed.

A group of owners led by Ms Chan was seen at the office attempting to look into the details of the accounts kept by the management office. 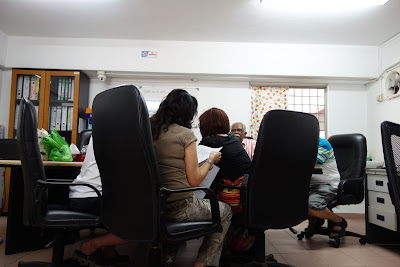